Of Matters Pertaining to Printmaking and to No Other Medium

So, the last handful of posts have all been based on digital art and projects I had completed.  Today, I'm taking a step in a slightly different direction with the stuff I have to show off.  Yes, that's right, this post is fully analog.  Ok, well, the post itself is digital, as are the images, but they're photos OF purely analog work.  Behold, my experiences with print making! 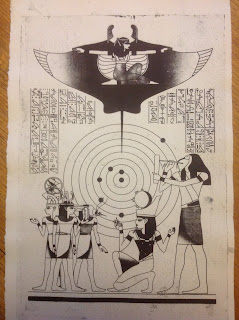 This first one was my attempt at paper lithography.  The idea was to create a composition involving 3 of my favorite things (Ancient Egypt, astrology, and manta rays), and 3 of my least favorite things (mosquitoes, the edges of paper, and bad navigation). 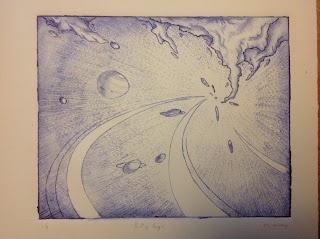 The second print is more me messing around and experimenting with creating texture in an intaglio print.  I etched the negative onto a sheet of Plexiglas with a variety of tools but the most helpful by far was my trusty Dremel. 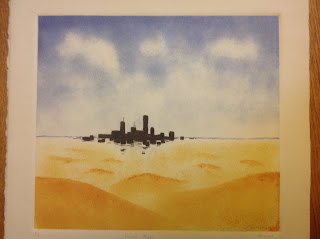 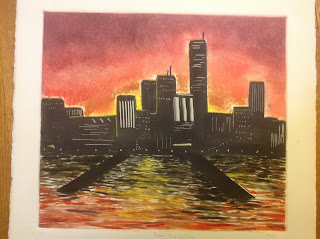 The next two are my first attempt at monotype printing, which is basically like painting onto Plexiglas and then smashing that against a piece of paper.  They're meant to be 2 different views of a city from a book who's title escapes me.  Basically, it's got a desert on one side and an ocean on the other. 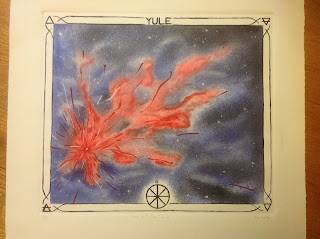 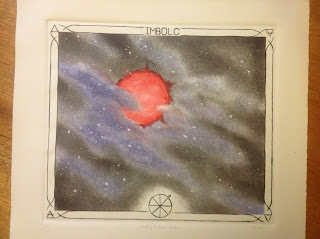 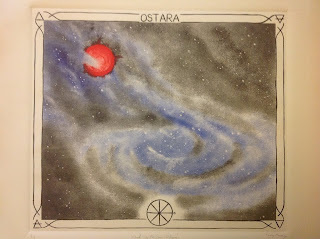 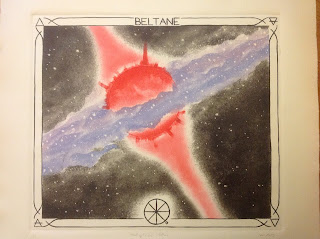 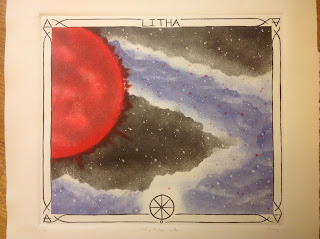 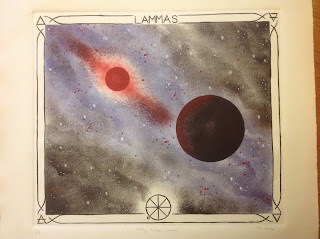 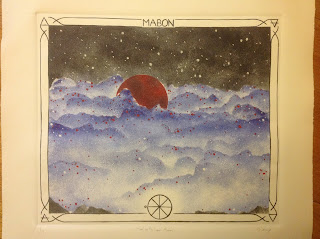 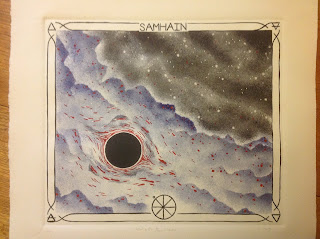 Lastly, but certainly not leastly.... leastly?  Finally, I have the set I'm most proud of.  This is a set of 8 prints, all 20" x 22"monotypes depicting the life cycle of a star and placing that in parallel with the festivals that occur throughout the Wiccan calendar, also known as the Wheel of the Year.  I actually got a lot of the inspiration for the design of this set from the fireworks show Illuminations: Reflections of Earth from Epcot at Disney World.  I highly recommend it.  The music in particular.

Posted by Unknown at 3:12 PM No comments:

Yeah, I don't honestly know why but whenever I manage to make a decent video recently, I just sit on it for a while and not post anything.  Anyway, here it is, the culmination of my college education.  I proudly present to all of you, my (very) short film Cyber Security.  I made it in Maya entirely from scratch.  The music, as I list in the credits, is "Entrance" by ICE from the soundtrack of the game Cytus.  Enjoy.

Posted by Unknown at 1:08 AM No comments:

Bring a Knife to a Robot Fight

Ok, this is more of a preview than a real post off a finished work.  I've recently been working on an animation project involving robots and as a demo, I made this quick playblast of one inspecting its offensive capabilities.  The final video is far more ambitious than this so if you're a little disappointed, hang tight because the end result is only a couple weeks away.

Posted by Unknown at 6:00 PM No comments:

I drew some more guns.  Hands up if you're surprised at all.  No one?  Yeah, me neither, but they're still cool.  I actually only started these about a month ago, so I'm actually pretty pleased with how quickly I was able to get them done.  Anywho, here they are, they go pew pew. 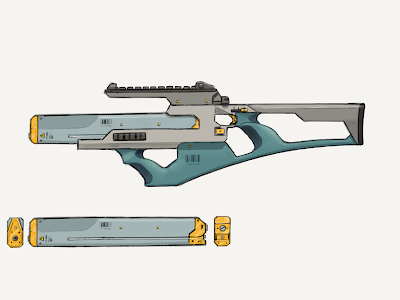 This one is a weird particle rifle that replaces the whole barrel when it's reloaded.  The magazine/barrel is the big grey bar. 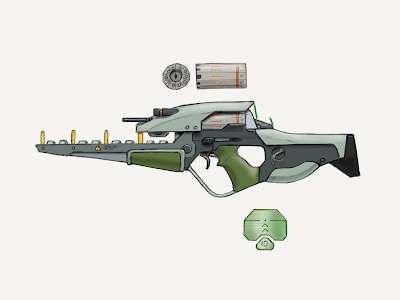 Here we have an old staple of sci-fi weapons, the gauss rifle.  The cylinder above is the magazine and the green thing beneath is the hologram reticle and ammo counter. 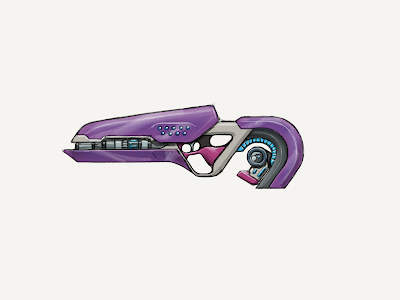 Took a little inspiration from the Halo franchise for this one, except instead of a plasma rifle, its an arc gun.  Lightning. 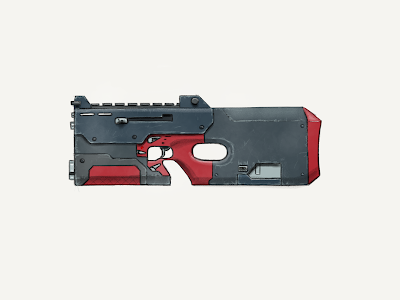 No fancy science for this one but its still a cool compact assault rifle with an under-barrel grenade launcher.  Plus, I felt like going the extra mile and adding some weathering to it. 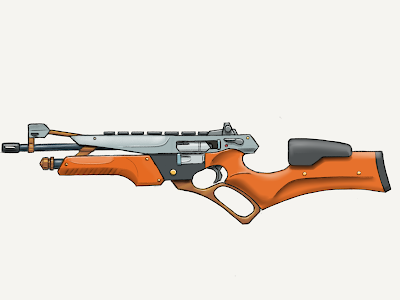 Lastly, we have a lever-action rifle/shotgun thing that I actually designed as a challenge from a coworker.
Posted by Unknown at 8:15 PM No comments:

Hey, another new video, sort of.  This is actually what I had intended to do two posts ago but I had to limit myself due to time constraints, but now I'm back and so is nameless, faceless, generic gun-shoot soldier man.  Looks like NFGGSS Man has gone through some training this time cuz he actually hits some stuff for a change.  This project was actually really nerve-racking, not because it was especially difficult, but because the After Effects file took 34 hours to render and, of course, we got some pretty nasty weather halfway through it.  Luckily everything survived and I was able to complete the video, but don't just take my word for it.  Take a look.

Also just to be clear, I do not own or claim rights to the background music.
Track: Emerald Electric
Artist: Douglas Holmquist
Album: Pinout (Original Soundtrack)
Posted by Unknown at 10:42 PM No comments:

I don't have a whole lot to say about this one.  I shot the footage myself and applied a motion tracker to add in the hologram thingy.  That and I applied so many effects and filters to the hologram to make it look right.  Have a look.

Man, this project.  I decided to use After Effects in probably one of the least suited ways I could conceive of.  The environment is full 3D with real time lighting, textures, and animations.  All I can say is that, after having used programs like Maya, boy is After Effects less than ideal for this kind of stuff.  It's almost as if Adobe never intended it to be used as such.  Well that didn't stop me from making a little Wolfenstein/Doom-esque video with some added lip sync for good measure.  The audio used was entirely recorded by me using a voice-changing Ultron mask I got for my birthday one year.  I knew that would come in handy at some point.  Anyway, enjoy.